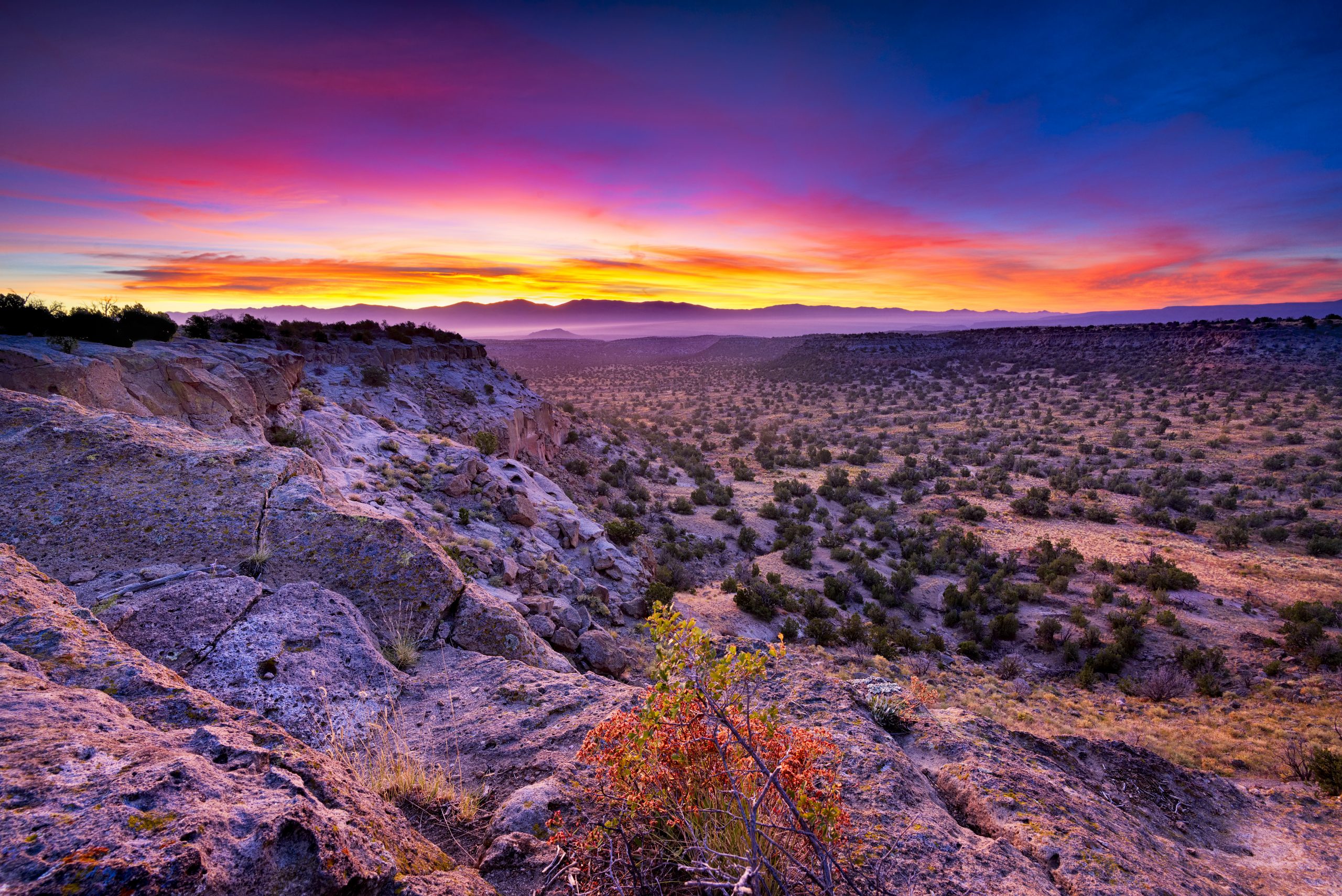 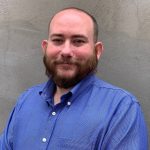 Trevor Brennan is a New Mexico native from Edgewood who became Hard-of-Hearing at age 10. He is a graduate of the New Mexico School for the Deaf. He has an Associate’s Degree in Integrated Studies from Central New Mexico Community College and is currently pursuing his second degree in Computer Information Systems. Trevor also has certifications in general business, payroll clerk, and CompTIA A+.  He has served as the Treasurer for the NM Association for the Deaf in the past and is passionate about helping others.

Trevor previously worked at the New Mexico School for the Deaf as an administrative assistant and teacher’s aide. He has over 15 years of customer service experience from a variety of industries at the local, county and state level.  Trevor first worked for the Commission as a Mentor for New Mexico Mentoring starting in 2020 and joined the full-time staff in 2021. 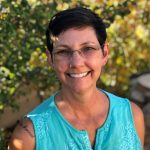 Lisa Dignan directs the Community Engagement Department and programs focused on the professional development of signed language interpreters, including New Mexico Mentoring. She administers a variety of contracts to improve communication access for people who are Deaf or Hard of Hearing by increasing the pool of highly skilled interpreters. She works closely with the Signed Language Interpreting Practices Board on issues around licensure of interpreters, and served seven years on the New Mexico Administrative Office of the Courts Language Access Advisory Committee. She is a member or Chair of several committees working to improve language access. Lisa has served as the Interim Executive Director of NMCDHH on two separate occasions. Lisa relocated to Albuquerque in 2007 after serving as the disability services Coordinator at Laramie County Community College in Wyoming for 13 years. A nationally certified interpreter with over 25 years of experience and a lengthy history in the independent living movement, Lisa earned a master’s degree in adult education from the University of Wyoming and holds RID certifications in interpretation and transliteration. 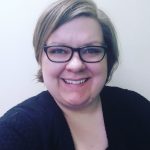 Jessica Eubank is a native of Belen, New Mexico. Jessica holds degrees from the University of New Mexico in Signed Language Interpretation and Psychology. She also holds her National Interpreter Certification from the Registry of Interpreters for the Deaf, as well as her Educational Interpreter Performance Assessment qualification in K-12 education. She has specialized training in performing arts interpreting and interpreting for religious settings.

A former NMCDHH apprentice herself, Jessica is excited to now supervise the NMCDHH Apprentice Interpreter Program and is dedicated to fostering professional growth and opportunity for our local community. Jessica both provides and coordinates interpreting services for NMCDHH staff and agency needs. 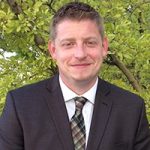 Nathan Gomme began his career with NMCDHH as a Service Coordinator, and then became the Director of Public Policy and Advocacy. In April of FY14, he was selected to be Executive Director after an extensive nationwide search. Originally from Connecticut, Mr. Gomme holds a Bachelor of Arts in Philosophy from Gallaudet University where he graduated with University Honors. A resident of New Mexico since 2005, Mr. Gomme has a wealth of experience in transition issues, advocacy, and ADA compliance, and has proven his leadership skills both within the Commission for Deaf and Hard of Hearing, and in the community through several projects with partner agencies. 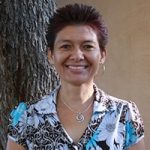 Corina Gutiérrez is a New Mexico native from Hatch, the “Chile Capital of the World.”  Corina attended the New Mexico School for the Deaf (NMSD) for most of her education.  She is a renowned basketball player who was part of the Deaflympics women’s basketball team and is one of three inductees to the Wall of Fame at NMSD.  She received a bachelor’s degree in physical education from Gallaudet University.  Corina previously worked at NMSD, her alma mater, as a Student Life Educator, and worked at the Arizona State School for the Deaf and Blind as a Master Teaching Parent.  She has served as the American Sign Language Coordinator and teacher at the Deaf Culture Center and has served on the New Mexico Association for the Deaf Board of Directors, as an advisory board member for Gallaudet University Regional Center – Southwest, as a board member for National Council of Hispano Deaf & Hard of Hearing, Council de Manos, and Raíces del Rio Grande.  Corina is currently serving as a board member for the NMSD Alumni Association and the New Mexico Mano a Mano.  Corina joined NMCDHH in August of 2007.  She plans, advocates and coordinates services to meet her clients’ needs.  In FY14, Corina became Interim Director of Public Policy & Advocacy, and in FY15, became Director of Public Policy & Advocacy.  The Public Policy & Advocacy Department is now the Community Advocacy Department, and Corina remains Director of that department. 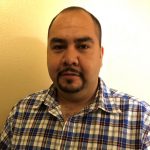 Hector Lopez is the Financial Operations Specialist for NMCDHH. He has over 12 years of experience in state government. Hector started as an Office and Administrative Support at the Department of Information Technology. He became a Financial Specialist for Children, Youth and Family Department and later for the New Mexico Gaming Control Board. He has an Associates Degree in Office Technology, and is bilingual Spanish and English. 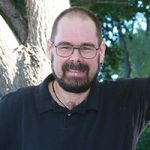 Roger is an Albuquerque native who is very happy to be living in Albuquerque once again after living in California, Colorado, Georgia, Illinois, Pennsylvania, and North Carolina. To quote Dorothy from “The Wizard of Oz”, “There’s no place like home!”  With a 15 year history in Advocacy and Case Management at Deaf and Hard of Hearing agencies in the aforementioned states, Roger brings a wealth of experience to the NMCDHH. Roger graduated from the New Mexico School for the Deaf, and majored in Sociology at Point Loma Nazarene College in San Diego. 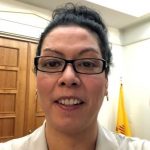 Deborah Romero is a New Mexico native from Santa Fe. She is currently the Chief Financial Officer. She has over 21 years in government service. Prior to her career in government, Deborah was the director of a private school. She is a member of NMPPA, New Mexico Public Procurement Association. She attended the New Mexico State Cooperative Extension, NM-EDGE and is a Certified Public Purchasing Professional (PPP) and Certified Public Officer (CPO). Deborah also attended the University of New Mexico and is a Certified Emergency Medical Technician and former volunteer firefighter. 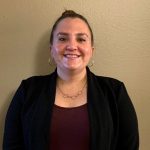 Myra Sandoval was born in Albuquerque and grew up in Los Lunas. She is the third generation of a Deaf family and was also the third generation to graduate from the New Mexico School for the Deaf (NMSD). She received her Associate degree in Laboratory Science at the National Technical Institute for the Deaf (NTID), then completed her bachelor’s degree in Psychology from the University of Phoenix.  Ms. Sandoval has had experience working in the mental health field as Behavior Health Technician and also has experience working with Deafblind, Deaf and Hard of Hearing communities as a Service Coordinator. 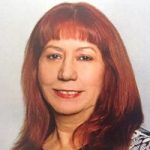 Susana Santillan is a Community Advocacy Specialist in our Las Cruces office. Susana has a long history serving individuals who are Deaf, Hard of Hearing, and Deaf-Blind. Before coming to NMCDHH, she was the Deafness Resource Specialist for Volar Center for Independent Living, the Deafness Resources Specialist for Communication Service for the Deaf (CSD), and served in the University of Texas at El Paso (UTEP) Disabled Student Services Office. The UTEP Center for Accommodations and Support Services presented the Community Member “Diamond Amigo Award” to Susana in October 2015.

Susana is trilingual in English, Spanish and ASL. She is the proud mother of four children, one of whom is a deaf-blind adult with Usher Syndrome. Due to her daughter’s deafness, Susana has been involved in the deaf community for 32 years. 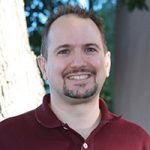 Jason Siergey is originally from Chicago, Illinois, and received his degrees from the National Technological Institute for the Deaf/Rochester Institute of Technology in Rochester, New York and DeVry University. Jason has 20 years of experience in the Information Technology field and has combined that with his interest in Human Services to best serve the Deaf, Hard of Hearing, Deaf-Blind and Speech Disabled of New Mexico. He has worked with the citizens of New Mexico on what our Telecommunication Equipment Distribution Program (TEDP) has to offer and how the devices benefit them. He has distributed over a thousand pieces of equipment each year since taking the position in July 2011, and clients have expressed joy with the ability to communicate with the outside world, especially with their family members. 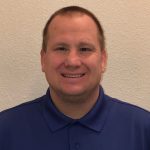 Dennis Stidham is a Community Advocacy Specialist in NMCDHH’s Albuquerque office.  Dennis has 14 years of experience working with Deaf, Deaf-Blind, and Hard of Hearing throughout the Albuquerque, Los Lunas, Belen, and Santa Fe areas.  Dennis is originally from Arizona, but has been a resident of New Mexico since 2003.  Dennis is married and they have four children.  His wife, Suella, is also Deaf.